Vijay Upadhyaya claims to have been born with counterpoint. As a teenager in India, he wrote polyphonic compositions instinctively. When he sent these for an audition to the Music University in Graz, Austria, he was asked where he had learnt counterpoint and he did not even know what the word meant. During his studies he learned that piles of counterpoint exercises were found next to Anton Bruckner’s death bed. This inspired him to write fuges night and day and till today he can relate most to Bruckner as a composer.

He composed a great deal of choral and chamber music during his studies and his unfortunate church choir and the marching band in Eastern Styria were compelled to sing and play quite atonal stuff. Soon he departed from this completely atonal path. Today, his compositions are mainly free tonal. His triple cultural identity as an Austrian, Indian and Chinese are reflected in his compositions, in which he endeavors to create a new Asian symphonic sound combining Asian traditional music with western symphonic and choral techniques. His First Symphony, “Prayer Flags”, is based on Indian tonal patterns and literature. His Second Symphony, Chang’An Men, endeavors to highlight different aspects of Chinese culture and philosophy and is the first large commission assigned by the People‘s Republic of China to a non-Chinese composer.

His vast experience as a conductor for orchestras and choirs has enabled a better comprehension of sound structures, orchestration and voices. He wrote many compositions and arrangements for his ensembles. This intense writing and the immense advantage of hearing his works immediately gave him the necessary practice. This experience over decades in the two dimensions of melody and harmony helped in the creative process of the third dimension -the depth and color of sound.

His role models are the masters of the twentieth century such as Mahler, Richard Strauss, Britten and Bernstein. They were all conductors and composers. The theory of composition is an essential aspect but the experience of real time hearing of orchestral colors and voices is equally essential. Conducting and composition are complementary skills, by which one learns from one activity for the other. 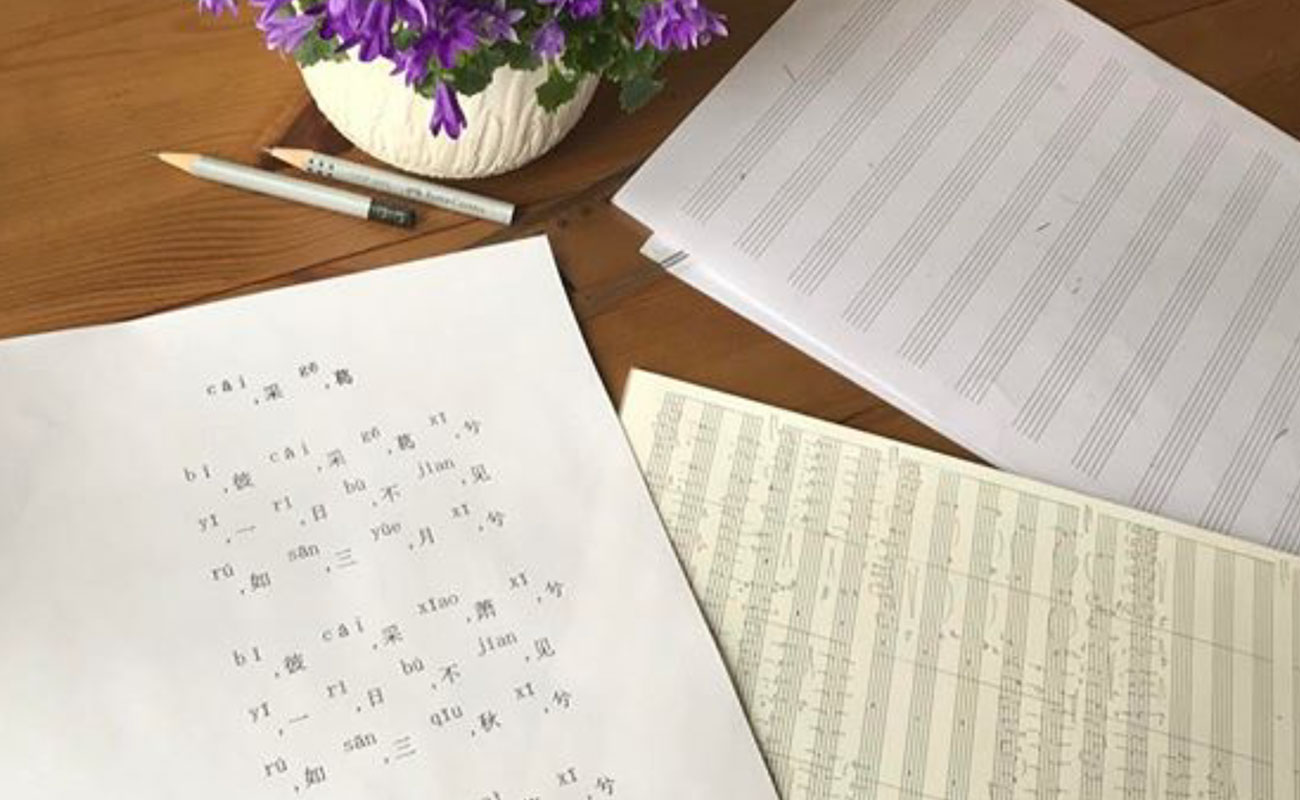